Once upon a time, me and my husband lived in a quaint little cabin tucked into the woods, off a dirt road, nestled amongst an apple and blueberry orchard. It was pure bliss tilling the land plant our own vegetable gardens, French press coffee every morning together, and the light filtering through the pine trees into the many windows of the open concept living room, kitchen, dining room, and bedroom. We spent our free time building up the land around our house, taking road trips on the weekends, and in general just being in love with each other.

All of that ended the day my husband said to me ”I think you’re pregnant.”

To which I responded ”That is the stupidest shit I’ve heard today. However, since I am on my way to pick up tampons I will also pick up a pregnancy test.”

So hours later I found myself peeing on a stick and waiting what seemed like hours for three minutes to pass. I carried it out of the bathroom and said to my husband ”It says I’m pregnant, but it must be broke.”

”Did you read the directions?”

”No of course I didn’t read the directions, I Peed on the stick how complicated could it possibly be?”

Turns out it can be very complicated. So I decided to use the second pregnancy test in the kit.

Which is probably why there’s two tests in a kit, for this exact scenario.

So carefully adhering to the instructions outlined in the informational pamphlet, I took the second test. However this time I could not bring myself to look at it and I sent my husband in to the bathroom to retrieve it. He walked out of the bathroom with a smirk on his face and said ”Do you think this one is broken too?”

I remained generally in shell shock for the rest of the day. Meanwhile my husband giddy with joy with shouting from the mountaintops this wonderful news. He instantaneously wanted to call everybody in the phonebook which I did not stop him from doing, however I mainly just sat there next to him on the couch blinking.

He instantly started googling the foods to eat while pregnant and doing all sorts of beneficial research, when he turned me and said ”So are you gonna stop drinking coffee?” I looked at him, grabbed a throw pillow from the couch held it over my face and screamed into it. Then I gently placed it back on the couch, smoothed it down, then turned to him smiling and said “sure.”

I think that this is a good point to mention, that the moon cycle of birth control clearly did not work for us. Counting the days of your cycle and abstaining from the good stuff on the fertile days sounds like a good idea, and yet I now have a six-year-old.

I think these pivotal moments where your life is changing in a way that you have yet to anticipate, are worth reflecting on. I had never really been sold on the idea of having kids. But my partners unbridled enthusiasm was helpful in my own process. It was the buoy that kept me afloat in my pregnancy. It was not an easy shift into motherhood for me. And six years and three kids later it still is not easy. And that is OK. I love my children and I do the best I can everyday. The best thing I have learned in motherhood is to be forgiving with myself. That I am going to fail, and all I can do is have a conscious conversation with my kids taking accountability and apologizing and vowing to try better again next time. I know my kids will be in therapy someday, but at least they will know they are loved and I tried my best.

I had to surrender so much of myself to become the mother I am today, and my partners enthusiasm could only buoy me for so long. I had to find my own ways to enjoy the process by embracing it fully. I think in reflection I really half assed motherhood in the beginning for my own selfish reasons. I wanted to be the version of myself before kids and be a mother, but that isn’t the way it works. We have to surrender pieces of ourselves, or maybe rather allow those pieces to flow in and out of our lives when needed, to create the room necessary to become a mother.

I am still me at my core, but perhaps motherhood has created a better version of me. Kaylin 2.0 is a badass mom, with tattoos and teal hair, who feeds her kids locally raised food from scratch, teaches her kids mindfulness and yoga, encourages them to be well rounded citizens of the world, spends a butt-ton of time outside, and is a pretty stellar social therapist. I will be forever thankful of that day that I full on screamed into a throw pillow, and to my son for making me a mother.

One thought on “Transitioning to motherhood” 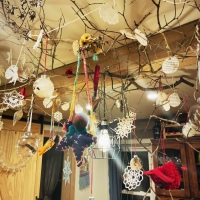 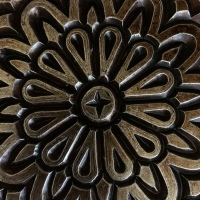 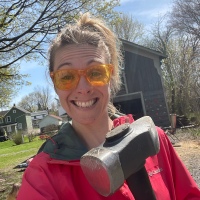 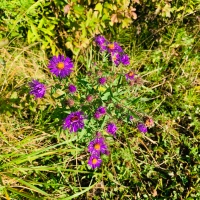