I imagine a bit of historical context is needed here. The shame biscuit itself is nothing more than a McDonald’s biscuit breakfast sandwich. There is no wrong or right constellation in which to consume your shame biscuit. I like mine with the square yellow “egg” and cheese. I skip the meat, when the shame biscuit was founded I was a vegetarian and since eating meat I live on a farm and I would just rather not eat sub par bacon. Life is to short for that shit.

This mere breakfast sandwich was elevated to it’s current glory in my friend circle in my early 20’s. After a night of nameless debauchery (meaning it was a standard night) I was peacefully sleeping in my bed (meaning I was passed out snoring loudly) when something struck me in the head. Confused I opened one eye with a grunt to see my friend Donald promptly make a bird call, yelled out ”SHAME BISCUIT”, and continue on pelting sleeping people with greasy food.

This small moment in time became a staple in my life and the life of others.

After nights where memories made were too fuzzy to recall the next day, it was there to save the day. It became the groggy chant of the hung over. It was texted to those more sober, more able to operate heavy machinery.

All the places I lived I spread the good word and its name was uttered from shore to shore. It was the loving act of a spouse who was clued in, the swapski act of friends who traded cheese and meat, it became a way to show affection and love.

Now fast forward to life in a sober community on a farm with three small kids where clearly the praised shenanigans of my past are no longer applicable. Even in this contact the shame biscuit still lives on. Except when I wake up now it’s not a hang over that gives me a headache or an aching body, it’s just life stuff.

While pregnant I regularly ate three shame biscuits in a row while my husband went to the dinner next door and got some corn beef hash. When going to a 7:30 dentist appointment I get a shame biscuit eat it in the car and dispose of the proof in the trash receptacle outside before entering the house. In these contexts it is still a shame biscuit. But instead of blurry-eyed bedside hopes that a sandwich will literally fall out of the sky and into your mouth, you are turning your back to the world hoping no one knows your crunchy ass is eating GMOs.

The reality being that in adulthood the best parts of your past are metamorphosed into your shady behavior of now. You only smoke a cigarette when the kids are at school and brush your teeth before you kiss your partner. You order one drink and then say ”No I have to drive” when asked if you want another. You go to a concert and by the time the main act is on stage you want to kill everyone because you are not in bed eating a bowl of ice cream. It is of course possible I write this from the purgatory that is parenting toddlers and small children and things get better. But if you told me that now I would not believe you anyways.

I think we hold on to these fun and stress relieving patterns of old because the reality is parenting small kids isn’t all that fun. We try to insert these fun traditions and are often left disappointed because they no longer are what we actually need. We don’t need shots, we need a nap. We don’t need rando numbers, we need our partners to give us a big ass hug. We don’t need homemade slip and slides on rainy summer nights…. just kidding yeah we do. Those are just some good wholesome fun. The point here is don’t hold on to old patterns because they were fun then. Set your self free to be old as fuck, and go take a bath.

One thought on “The Evolution of The Shame Biscuit” 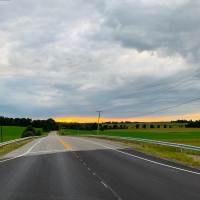 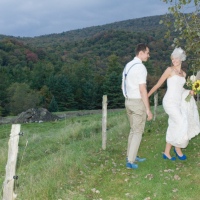 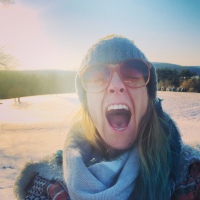